Laughter is the Best Evangelism 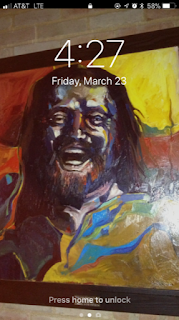 I don't like meetings. Unless they are short. Even then I feel like I mostly tolerate them.

So when my church's council meeting this week went over two hours, you'd think I'd be ready to pull my hair out. But as I drove home that night, I could only think about how often we'd laughed during the meeting.

If you've never served on a church leadership board, laughter is pretty rare. Many people (including me) have horror stories of church council that involve personal attacks, yelling, table pounding, or sometimes worse. I know some who swear they will never serve on a council again because it was such a deflating (and unholy?) experience.

So as I reflected on our meeting, I was just pleased with how much we had laughed. About a year ago, we decided that the number of times we laugh in a meeting is the main way we would measure the success of the meeting and this one was successful.

We also aim to laugh in Bible study and during coffee hour and Sunday school.

Too often, religious people can take themselves and the business of the church too seriously. We think the way to be Christian is to be serious or quiet. This is especially true in my denomination, Lutheranism. I think this is partly because we have roots in parts of Europe that culturally tend to be serious (Germans and Scandinavians) and partly because we've had some controversies in our tradition (e.g. pietism) where emotions were closely tied to bad theology.

But one of the ideas that occurred to me after my laughter filled meeting this week is that if the message of Jesus that we follow is "Good News," shouldn't we smile sometimes? Doesn't it make sense that laughter and joy would be part of being a disciple of Jesus?

And before anyone accuses me of belittling the message of Jesus, I think laughter reinforces the Gospel. Laughter helps build community and respect. It deflates ego and selfishness if we can laugh at ourselves. It pushes away fear, which I think is the opposite of healthy faith. And if attracting more people to be followers of Jesus is one of our goals, don't most of us enjoy being with people that make us laugh?

Someone once asked me what kind of church I lead. I said, "We try to take the Gospel seriously, but not ourselves." I think that's a good goal. If we are known for love and laughter, that, to me, is success. And that's no joke.